Gin Property is where the historic setting and quality of life offer so much more than just another indistinguishable subdivision. It’s a step back to a simpler time…

… the moment you arrive you’re going to want to call it home.

Paul Lombardi
Paul is the son of Joe Lombardi, who began his career in the motion picture industry in 1947, working for RKO and Lucille Ball and Desi Arnaz’s Desilu Studios.  A pioneer in his field, Joe was responsible for the FX in numerous television and cinematic classics, including “I Love Lucy”, “Gomer Pyle”, “I Spy”, “The Godfather I&II” and “Apocalypse Now”. He received a Lifetime Achievement Award by the Academy of Motion Picture Arts and Sciences in 1997, shortly before his death later that year.

Paul was raised working in the film industry, and has divided his career between special effects and general contracting custom homes in northern California. He has built his family business into the largest physical special effects company in Hollywood, Full Scale Effects, and has coordinated features such as “Clear and Present Danger”, “Courage Under Fire”, “We Were Soldiers”, “The Last Samurai”, and “Underdog”, and television shows such as “24”, “X-Files”, and “CSI Miami”. Paul is the owner of Full Scale, and CEO of Raleigh Studios – Atlanta. His motion picture resume can be viewed in the International Movie Data Base.

Scott Tigchelaar
Scott Tigchelaar is a native of Toronto, Canada, and has divided his post graduate career between the motion picture industry, and banking / finance. Scott spent 6 years as vice president of sales and marketing for Canada’s largest independent leasing company, and is currently the president of Raleigh Studios – Atlanta. 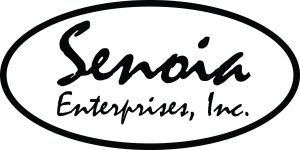